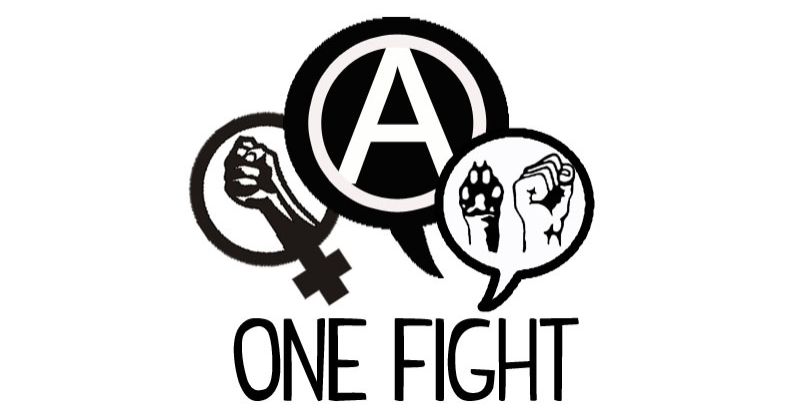 I am excited to share a new book chapter, published in October 2021 and co-authored with Richard J. White (University of Sheffield Hallam).

Abstract: Anarchism in its philosophy and practice rejects any form of domination or exploitation – that is, any system of archy. In contrast to other ‘radical approaches’, which artificially uncouple and/ or privilege particular forms of oppression and exploitation (e.g. class or gender), anarchist praxis embraces a radically intersectional approach toward social and environmental justice. Therefore it should be reasonable to assume that an intersectional anarchist praxis would actively recognise and challenge two deeply inter-locking forms of oppression, namely patriarchy (the institutionalised domination of men over women) and anthroparchy (the human exploitation of other species). However, and despite the emergence of anarcha-feminism and veganarchism, these violent systems of archy continue to be either overlooked, or have their validity contested, by mainstream anarchists.

The chapter reflects on the emancipatory grounds that anarchism purports to stands on – for non-violence, freedom and autonomy for all, and critically addresses two problematic questions. First, how can anarchists claim to fight against (1) patriarchal and paternalistic forms of social domination while actively supporting forms of anthroparchy (e.g. the consumption of non-human animal corpses, dairy and eggs)? and; (2) sexist and speciesist forms of social domination while acting in ways that upholds statist and capitalist forms of exploitation and domination? In conclusion we ask for a greater convergence between (eco)feminist, vegan, and anarchist struggles in the fight for social justice, freedom and liberation, in the belief that this will prove integral to better envisaging and enacting a contemporary anarchist political ecology.

This book chapter is also available on ResearchGate.